They own Beltway Animal Hospital on Jacksonville’s Westside

RICK WILSON/The Times-Union
June (left) and Jane Bemben check on Miniature Pinscher “Sassy” at their Beltway Animal Clinic.
Twin sisters June and Jane Bemben were raised on food stamps in a crime-ridden Miami neighborhood where their brother was murdered.

But this isn’t a story about their troubles. It’s about how hard work, serendipity and kindness helped them rise above those troubles and give something back.

Today, the 40-year-old Jacksonville women, with giant twin grins, are veterinarians, partners and owners of a thriving animal hospital on the Westside.

“We were poor. We grew up on free lunch,” said Jane Bemben, laughing. “For us to own our own practice now is awesome.”

The twins own Beltway Animal Hospital on Firestone Road, a full-service clinic and boarding facility. Staffers described the Bembens as compassionate, caring vets who have mentored many young people interested in veterinary medicine. The twins, staff members said, are generous to a fault, providing discount services to more than five animal rescue groups and helping people in need. The vets have provided their services to First Coast No More Homeless Pets for at least five years.

“A lot of vets don’t want to deal with the paperwork. They (the Bembens) can relate to those who are struggling,” said receptionist Julie Parker. “They aren’t in this to get rich.”

The vets were on a break recently, eating bagged lunches on a picnic table behind the hospital, which they purchased four years ago from Allen Suggs, a huge fan of the duo.

“They came from a very meager, tragic background, an alcoholic parent. They had everything against them,” said Suggs, who has built several Jacksonville animal hospitals. “But they are always smiling and happy … a true American success story.”

Suggs, of Bayard, built Beltway in 1976 and hired June in 1994 to work there after she graduated from veterinary school at the University of Florida. The practice grew and he hired Jane a year later when she graduated in 1995.

Suggs, who became like a big brother to the twins, said he promised the hard-working women he’d sell them the place if they worked for him for a decade. They did, and he did.

“He was an important force in our lives. He took a chance on us, hiring us as new graduates, and we will always be grateful to him,” Jane said, adding that Suggs taught them business savvy, prepared them to take over the practice and even sent them on dream vacations to New York City, Paris and Jamaica – trips they couldn’t have afforded. “He went above and beyond being a normal boss. I had never seen snow so he sent me to Niagara Falls.”

Back at the picnic tables, June snagged a carrot stick from Jane’s lunch.

They reminisced about those beginnings.

At age 8, their 17-year-old brother, Patrick, was murdered and their grieving family relocated to a Fort Myers single-wide mobile home with no air conditioning.

But even better: Their home was next door to a horse farm owned by Anne Pennington, who would become their rescuer, role model and mentor.

“She took us out of our situation and introduced us to a totally different environment,” said Jane Bemben, who now lives in Orange Park. “She taught us discipline.”

At a young age, the girls learned determination as they rose at 5 a.m. to clean stables and feed and groom horses before school. They worked after school, too, all in exchange for riding lessons.

“We worked our butts off so we could get to ride,” Jane said. “We loved animals and the outdoors. We were spending 11 hours a day with horses.”

Pennington trained the girls and took them all over the state to compete in hunter jumper events.

“We were pretty good. We rode all these very expensive horses, without paying a dime,” June Bemben said, adding that it was odd that they as welfare children were friends with wealthy girls who drove BMWs every day to the farm for their riding lessons.

Pennington, interviewed by phone recently, is thrilled by the twins’ success.

“I love those girls to death,” she said. “You have never seen more conscientious, hard-working girls than these.”

Jane and June, who lives in Arlington, were the first in their family to finish high school, let alone earn medical degrees. They have done everything together. They went to college and veterinary school together where they shared a dorm, books, a microscope, a bank account and a $250 car.

June recently married Bill Salzman. Jane married Jack Bisson about 15 years ago and they have two sons. The twins kept their maiden names for the practice. 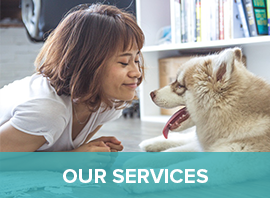 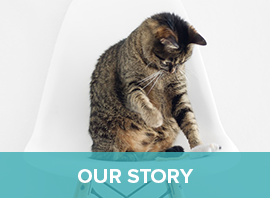